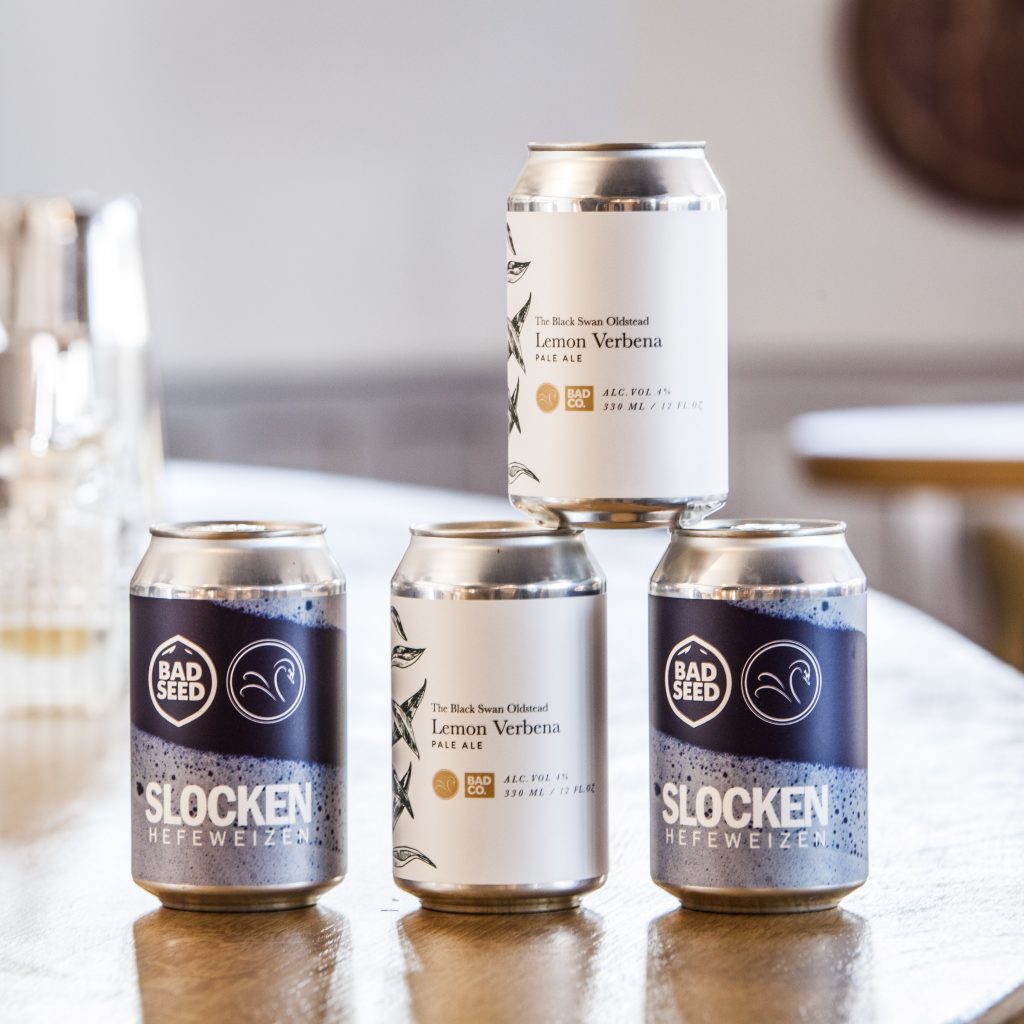 An exclusive collaboration brew between The Black Swan and Bad Seed Brewery at Malton.

We are really pleased that Chris and James from Bad Seed kindly agreed to make this very special beer with us. Originally the beer was designed to be paired with a venison dish on the tasting menu at The Black Swan, but the lack of overpowering hoppy bitterness seems to make it a crowd pleaser for any occasion. It’s a version of Hefeweizen (“Yeast Wheat” in German) which is a style of unfiltered wheat beer traditionally made in Bavaria. A large proportion of the barley normally used in other beers is substituted with wheat, resulting in a smooth sweet-tasting brew.

Slocken is an old Yorkshire dialect word that means to slake (to quench, to extinguish).

The label design is based on one of Jane Schaffer’s beautiful blue plates as used at The Black Swan for Tommy’s beetroot dish.

A special exclusive collaboration brew between The Black Swan and Bad Co. Brewery at Dishforth.

Mosaic and Summit Hops provide a citrus foundation to this beer which has been infused with fresh Lemon Verbena leaves from The Black Swan garden. Refreshing, zesty, citrus, hoppy.